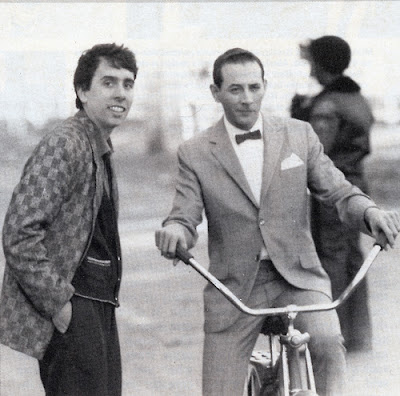 Paul Reubens is Pee-Wee Herman, a loner and a rebel, looking for his stolen bike. It's like a remake of neorealist classic The Bicycle Thief! Directed by Tim Burton.

It's Tim Burton's first film and possibly his funniest. The Burtonesque touch is there right from the beginning, but there's also a pre CGI charm that is often missing from his later films. The film is obviously made on a low budget but has a lot of imagination. I'd say the Alamo and the biker bar sequences are my favourites. Re-watching it now, I had forgotten the bit with Twisted Sister.