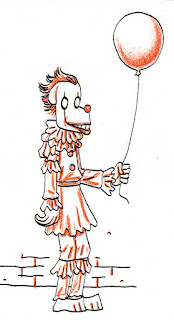 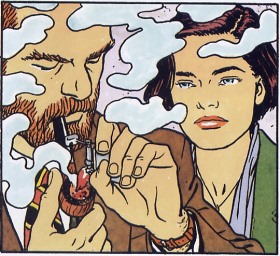 Literature Class by Julio Cortazar
Lectures Cortazar gave at UC Berkeley in 1980 about his books, Latin American novels and literature in general. Very interesting, and gives you a very sympathetic image of the man himself.

In the Café of Lost Youth by Patrick Modiano
A bit too French for me. Tant pis.

The Sparrow by Mary Doria Russell
At least 100 pages too long. Gets better in the second half, and has some good ideas but the characters are kind of annoying, constantly shrieking with laughter at their own jokes.

Ernest Hemingway: a biography by Mary V. Dearborn
The first major Hembiography written by a woman.  As always with these books, it's a bit hard to get through the last half, Hemingway after 50 when he turned into an asshole, apparently, and lost his ability to judge his own writing. The book asks the interesting question, if  Hem's many concussions and head injuries had anything to do with it.

Fun by Paolo Bacilieri
Nice drawings, a strange mix of Chris Ware comics and Chris Ware sketchbooks, and a clever story, but I never really got into it.

Max Fridman: No Pasaran, Rio de Sangre and Sin Ilusion by Vittorio Giardino
Despite the titles, I read these books in French. It's  his trilogy about the Spanish Civil War.  Giardino is one of the few masters left of realistic cartooning and his stories aren't bad either, as close as you can get to Graham Green in comics.

Parlez-moi de mort and Le cri du vampire drawn by Jordi Bernet
Okay, I'm a fan of Bernet, but these books are from his later period, and though I can still enjoy his masterful brush strokes, it's not really peak material. The stories are pretty weak as well.

Avenue of Mysteries by John Irving, on page 376
Has Irving lost it? I just couldn't care about his characters, and for the first time I actually gave up one of his novels.

Ulysses by James Joyce, on page 76
I'll get back to this book at some point, I'm sure, but I just needed a break. Page after page of what the fuck is he talking about, with some diamonds in between.
Posted by Jason at 2:52 AM 2 comments: 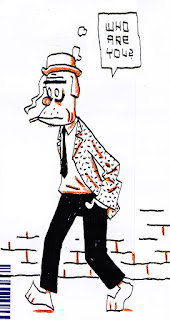