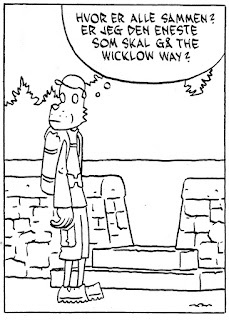 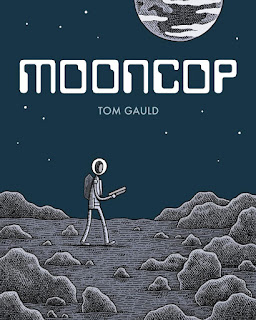 A Gate at the Stairs by Lorrie Moore
A pretty thick book to be Moore, twice the length of Frog Hospital, I would guess. So, what's it about? Oh, the loss of innocence and so on. Lots of brilliant sentences for sure, otherwise it wouldn't be a Moore book.

Katherine Carlyle by Rupert Thomson
Kind of a strange novel from Thomson. I didn't like the main character to begin with, but then the book slowly gets more intriguing.  Beautifully written, as always with Thomson, but not quite one of his best books.

Everbody Behaves Badly by Lesley M. M. Blume
A book about Hemingway writing The Sun Also Rises, and what happened that inspired it. The writer has done her research. There were stuff I didn't know. And most of all, it made me want to reread the novel.

The Sun Also Rises by Ernest Hemingway
Boy, they sure drink a lot in this book! I had forgotten. The novel still feels fresh. My favourite chapters are the two Burguete ones, where they travel on the bus and then go fishing.

Dancing in the Dark by Karl Ove Knausgaard
We follow an 18 year old Karl Ove working as a teacher in Northern Norway. It's not as good or interesting as vol. 1. I haven't read the volumes in between. Is it important to read these books in the right order?

The Beatles by Hunter Davies
An authorised  biography. That can be both positive and negative. He knew the Beatles members, but there were stuff they chose not to talk about. There are lots of holes (enough to fill the Albert Hall?) There's nothing about them meeting Elvis or Bob Dylan, as an example. I ordered Shout! by Philip Norman, to see if that will give a more complete picture, even though it's supposed to be pro John and anti Paul.

Moon Cop by Tom Gauld
Another droll, minimalistic and melancholy piece of small genius from good auld Gauld here. Not quite as good as Timecop, but then almost nothing is.

John Constantine, Hellblazer vol. 14: Good Intentions
Azzarello's interpretation of Constantine can be debated, I suppose, but the art is amazing - first Richard Corben and then Marcelo Frusin whose drawings are somewhere between Mignola and Giardino. Also, I like that the horror is mostly implied.

Starlight by Mark Millar and Goran Parlov
A Flash Gordon pastiche - it has some charm. The artist got his Moebius down pat. But the script lacks something. Personality? Quirkiness? Surprises? It feels like a film pitch, and in the end, unfortunately, it's a bit forgettable.
Posted by Jason at 4:10 AM No comments: 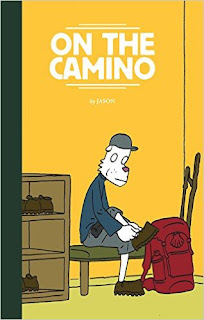 Internationally acclaimed cartoonist Jason’s first full-length graphic memoir is about his experiences walking a 500-mile pilgrimage for his 50th birthday.

Northwestern Spain, observed with the eye of an artist, chronicling both the good (people, conversations) and the bad (blisters, bedbugs) he encountered on his journey. Full of quiet incidents, odd encounters, small triumphs, and the occasional setback, On the Camino is the first implicitly autobiographical long-form work by a master cartoonist. Black & white illustrations throughout.
Posted by Jason at 6:23 AM 2 comments: