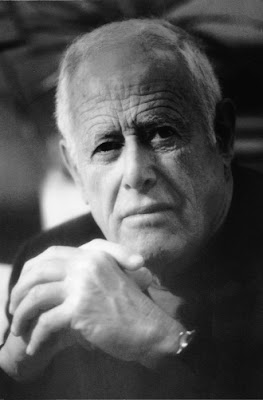 I'm re-reading James Salter's short story collection Dusk and other stories, and am again taken by his use of language. It made a big impression on me when I discovered his work in the early 90s. I especially liked the way he ended his stories, that final sentence that etches itself into your memory. Here's the last paragraph of his story The cinema:

He heard her call his name. He said nothing. He lay there becoming small, smaller, vanishing. The room became a window, a facade, a group of buildings, squares and sections, in the end all of Rome. His ecstasy was beyond knowing. The roofs of the great cathedrals shone in the winter air.

And the story Am Strande von Tanger:

Later, in bed, he listens to her sobs. He tries to comfort her but he cannot. Her back is turned to him. She will not answer.
She has small breasts and large nipples. Also, as she herself says, a rather large behind. Her father has three secretaries. Hamburg is close to the sea.

I ripped off, or tried to, as best I could, this ending in one of my own stories, a one page strip that can be found on page 56 in Pocket Full of Rain. 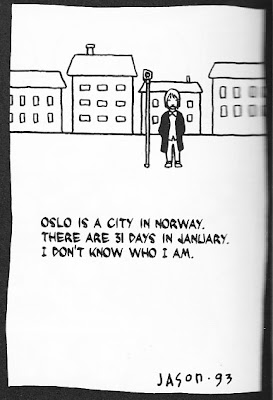