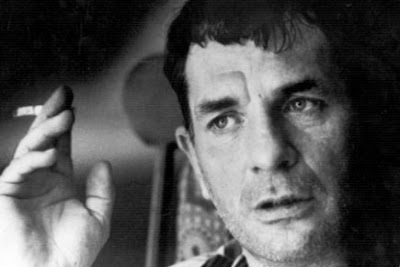 A bit surprised by how much I enjoy this series, particularly how unironic it is. Beautiful drawings, of course.

The Mayor of MacDougal Street by Dave Van Ronk

A very funny and wellwritten memoir about Greenwich Village and the folk revival in the 60s. I didn't really know that much about his music, but his name always pops up in Bob Dylan books; he was also one of the faces in No Direction Home, the Scorsese film.

Very interesting to read. This is only the first half of his letters, but already you can see the rise and fall of his friendship with Neal Cassady, from writing long confessional letters to towards the end of the book going «why don't you write me anymore?» There's helpful biographical text by editor Ann Charters between the letters, putting them in a context.

Jack Kerouac - King of the Beats by Barry Miles

An interesting biography. It doesn't paint a pretty picture of Kerouac, though, the way he and his mother treated his wives as maids and the way he ignored his daughter. Also, of course, the almost incestuous relationship he had with his mother. So, okay, the guy wasn't perfect. Reading biographies about artists you admire, you find out very few of them are.

Less fun than the Captain Easy Sundays book, the whole spirit of adventure sort of missing. Only looking at the drawings, I find them more appealing than the ones by Milton Caniff, but Caniff wrote better stories and characters. However, I thought Terry and the Pirates also got less interesting during the war years. It's a bit annoying how the quality of the images gets worse in the second half of the book. Shame on you, Fantagraphics!

His days on the road mostly over, and an alcoholic by now, he for the most part stayed at home with his mother. Writing letters about going to Japan or Europe, but then not doing anything.

On my bedside table, waiting to be read:

Off the Road by Carolyn Cassady, The Subterraneans by Jack Kerouac, Winesburg, Ohio by Sherwood Anderson, Touch by Elmore Leonard, Chronicles by Bob Dylan