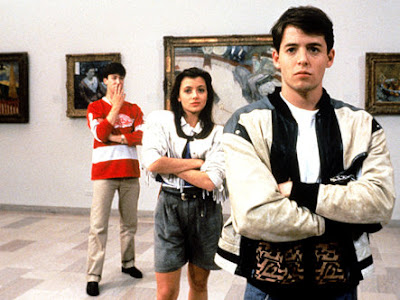 Is there some midlife crisis thing going on if I re-watch this film? I don't know. It's still an enjoyable film. In classic comedy style it makes fun of authority figures. You can't help, though, to feel that Broderick is a bit of a spoiled brat. Just like Duckie in Pretty in Pink, it's the supporting character, Cameron / Alan Ruck, that is most interesting. The Twist And Shout sequence is of course a lot of fun, but I think my favourite sequence is the one at the art museum. If I one day should visit Chicago I would have to go see Nighthawks by... anyone?, anyone?, Edward Hopper.
Posted by Jason at 4:09 AM