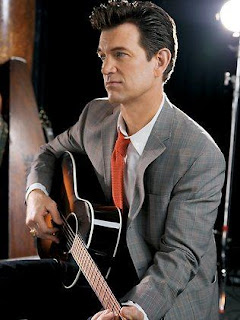 1. Chris Isaak. Sardine's, Oslo 87. The first concert I ever saw.
2. The Pogues. The If I Should Fall From Grace With God tour. Shane McGowan wasn't too drunk, he was standing upright during the whole show.
3. R.E.M. Green tour.
4. Iron & Wine. Copenhagen, around 7 or 8 years ago? I had no idea who they were at the time. They had a concert with Calexico. It was during a comic book festival, my Danish publisher brought me there. They did a great version of All Tomorrow's Parties.
5. Martin Stephenson & The Daintees. Also in Oslo, during my art school days, for their debut album Boat to Bolivia. Warmup artist was a then unknown Melissa Etheridge.

Wish I had seen:
1. David Sylvian. Preferrably around Secrets of The Beehive
2. Tom Waits. The Asylum years or after Swordfishtrombones, but really - anytime!
3. The Waterboys. Raggle Taggle Gypsy period.
4. Bob Dylan and Joan Baez. Early sixties. This would require a time machine.
5. Leonard Cohen. He had a concert in Nîmes in France a couple of years ago, and I didn't go - the idiot that I am.
Posted by Jason at 11:21 AM