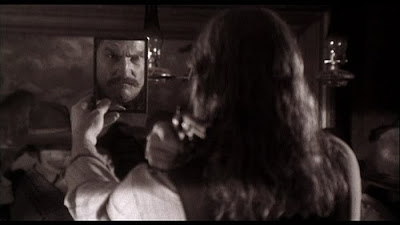 Wild Bill by Walter Hill is the biggest disappointment. This is the same guy who made The Long Riders? Why does it look like a rock video? There are constant flashbacks in black and white, shot in Dutch angles, interrupting the story. It's not even much of a story. None of the dialogues or characters ring true. There's an annoying narration by John Hurt, that doesn't really contribute that much. Jeff Bridges does the best he can, but even he can't save this mess.

JFK. Well, you have to pay attention, I'll give it that. There are lots of names and facts to remember. But the film has some of the same MTV feel as Wild Bill, with constant, blurry black and white flashbacks showing what the characters are talking about. And subtle has never been Oliver Stone's middle name. It's a bit tiring in the end. Kevin Costner is okay, but I feel sorry for Sissy Spacek, who has to do the You're never home, the kids never see you thing. Until Bobby Kennedy is killed, and then she's all You go get them, tiger.

The Great Northfield Minnesota Raid, by Philip Kaufman, starring Robert Duvall as Jesse James and Cliff Robertson as Cole Younger. It's a quirky revisionist western, that even has a baseball match. It's fun to see all the different versions of the Jesse James story and the Northfield bank robbery. And then to check out wikipedia and find out that Jesse James probably wasn't even present that time. But the legend is often more interesting than the facts, and if so, for me, The Long Riders is still the best version.
Posted by Jason at 1:31 PM