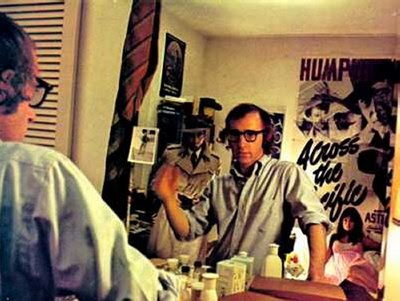 A lot of the early Woody Allen films where he just tried to be funny have dated pretty badly. Of those films I think Play It Again, Sam is the best one. The blind date sequence is still hilarious. The film has one recurring gag that is dated, where Roberts keeps calling his office to let them know where he can be reached. God knows what kids make of this film. It's a bit like me seeing a Bob Hope film or something when I was a kid. So, anyway, Woody Allen is funny and Diane Keaton is irresistible. I have a crush on her from this period, the early 70s. She might even be more appealing in Love and Death, where she gets to be funny on her own and not just an object of desire for Allen.
Posted by Jason at 12:38 PM