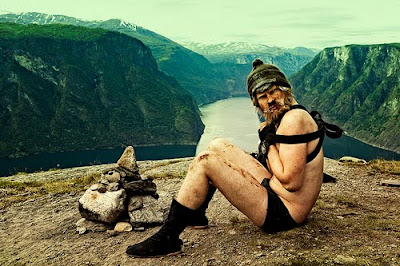 Commander Arne Treholt and his Ninja Force save the day. Starring Mads Ousdal, written and directed by Thomas Cappelen Malling.

Having read some good reviews of this film, I got curious and ended up ordering the dvd, and it's pretty funny. A mix of martial arts, obvious models and 80s computer graphics, it's a lot of absurdity played completely straight. The director has clearly seen more than one film by Spike Jonze, and there's touches of Wes Anderson as well. And he knows not to drag it out too long, the film clocking in at 77 minutes. It might help to be Norwegian and remember the Treholt case from the tv news in the 80s.