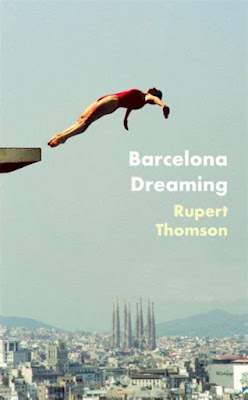 Hotel California by Barney Hoskyns
Interesting but depressing book about the Laurel Canyon, from 67 to 76. Read about the journey from singer/songwriters to corporate rock megastars and cokeheads! Find out that except for Jackson Browne and Graham Nash, they apparently were all assholes! Including Joni Mitchell! About as modest as Mussollini, according to David Crosby, who, he, ended up a drug addict sell-out, like a lot of them. Then listen to the old records! Good times!
The Big Goodbye: Chinatown and the Last Years of Hollywood by Sam Wasson
Interesting but depressing part 2. Robert Towne wrote a good script, but then got lost. Drugs involved here as well. Jack Nicholson, after this, mostly turned into JACK NICHOLSON. And Roman Polanski, well...
53 Days by Georges Perec
His novel that unfortunately was never finished. I liked the book more in theory, before I read it. A half finished crime novel, and then notes about what could happen next, leaving it to the reader to find the right clues. But I was never quite taken by the plot in the first half, and the notes were repetitive. Still worth reading.
Barcelona Dreaming by Rupert Thomson
Three stories from Barcelona, where the main character in one story can be mentioned in another. The first story is maybe the weakest one, the second one intriguing once you get what is happening, and the third one is maybe the creepiest or weirdest thing Thomson has written. More stuff like this, please.
Purity by Jonathan Franzen
Finally read this, while waiting for his new book. I liked it. Beautifully written, but that is to be expected. The first chapter is maybe the weakest, some parts drag a bit, and the main character, that the book is named from, is maybe the least interesting character. Which is possibly not a good thing.
The Corrections by Jonathan Franzen
I re-read this book. It holds up pretty well. He's good at going into the minds of the characters. The language can sometimes be a bit overblown, but usually it doesn't last too long. I'm considering re-reading Freedom as well.
Hawkeye: Rio Bravo by Fraction and Aja
Since Mazzucchelli seems to have stopped making comics, I guess Aja will do. Is there also a bit of Chris Ware there? Anyway, a good superhero comic.
Posted by Jason at 5:04 AM