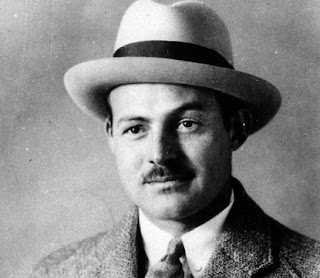 Pas facile de voler des chevaux by Per Petterson
This book is called Out Stealing Horses in English. It's Petterson's international breakthrough.

A Death in the Family by Karl Ove Knausgaard
Yes, it's not bad. There are some very good sequences. But I'm not sure I will be rushing out to buy the next five volumes.

Killing and Dying by Adrian Tomine
A mature and masterful book from Tomine. His earlier, more realistic drawing style could be a little stiff. His current, still realistic but also more cartoony style is more relaxed. Storywise, he has also moved on, from mostly portraying whiny twentysomethings to a wider spectrum of people.

Macanudo Numero 5 by Liniers
The guy is a genius, okay?

Hemingway in Love: His Own Story by A. E. Hotchner
Doesn't really give any new information, but we're getting the story from Hem's point of view of what happened when he met Pauline Pfeiffer and left his wife Hadley.

The Letters of Ernest Hemingway vol. 3 1926-1929
These are letters from that period. Hemingway divorces Hadley, marries Pauline, gets another son, Patrick, goes back to America and writes A Farewell to Arms. Also, does a lot of hunting and fishing.
Posted by Jason at 12:57 AM