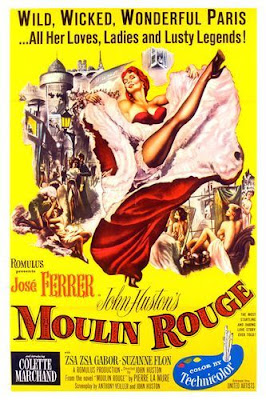 The film is from 52, but it holds up quite well. It doesn't feel too oldfashioned. There's no nudity, which would have been put in today, and who knows how much of the story is true - some censorship is involved here, I assume - but it manages to portray Toulouse-Lautrec's feelings of despair and loneliness. A bit more scenes of him working on his art would maybe have been nice. I should pick up a biography and get the real story.
Posted by Jason at 2:28 AM