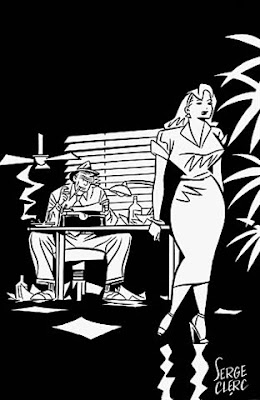 Serge Clerc was a hero of mine, and I still enjoy his drawings a lot. There was a book of his drawings, Mémoires de l'Espion published by Les Humanoides Associés in the 80s, that might be difficult to find now, but that really blew my mind when I first saw it. 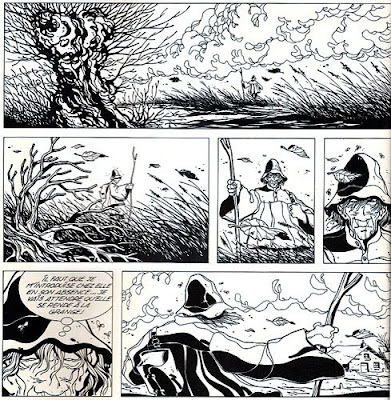 This was one of the first graphic novels I read: Silence by Comès. It was originally published in (A suivre), and then collected in a book. The version I read was the Danish one. It's a very powerful story, drawn in striking black and white images, that really deserves to be translated into English. 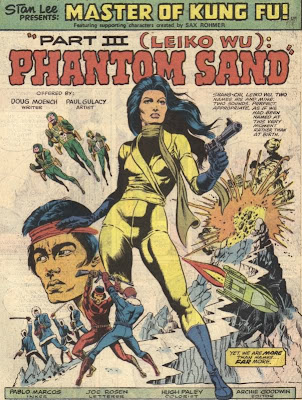 I really enjoyed the Shang Chi, Master of Kung Fu comics drawn by Paul Gulacy, a very appealing mix of James Bond and martial arts. I never had all the issues of his run, and I think the ones I had I've managed to lose, so the publication of a complete collection would be nice.
Posted by Jason at 6:39 AM