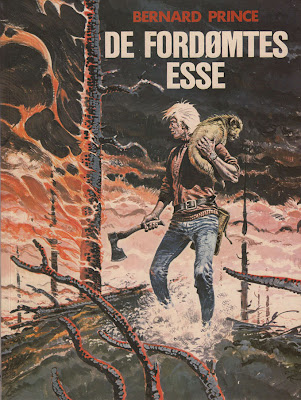 We're still talking about the early 80s here. Two of the best Francobelgian artists at the time was Jean Giraud and Hermann. If Giraud was Beatles, then Hermann was Rolling Stones. Or Star Wars and Alien, if you want. Actually, Hermann has something in common with Ridley Scott, the way he tells the story visually, and the way he fills the panel with details. Bernard Prince was sort of an update of Terry and the Pirates. Besides Bernard Prince and the Western series Comanche that he did with the writer Greg, there was also the After The Catastrophe series Jeremiah and the Middle Ages series The Towers of Bois Maury that he did alone. 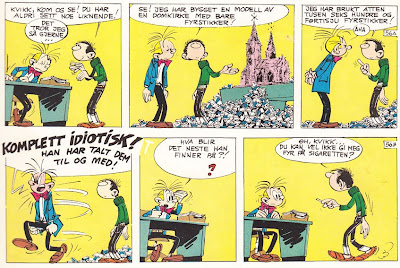 One of the earliest Francobelgian comics I discovered, besides Tintin and Lucky Luke, was Gaston Lagaffe or Viggo as he was called in Norwegian, by Franquin, the artist of the classic adventure strip Spirou. Gaston was a humour strip, a series of one page gags. Personally I prefer the early strips, like above, still fairly restrained compared to the later ones. 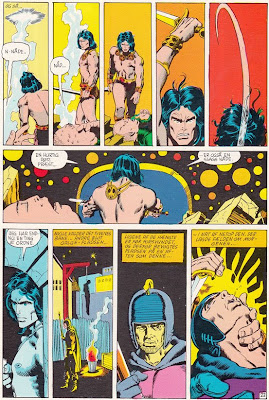 At that time I sold strips and cartoons to a Norwegian humour magazine called Konk. A lot of the money I earned went to buy comics, usually ordered from Denmark. One favourite would be Barry Smith and his Conan stories. I'd try to copy his drawings, but of course fail miserably.
Posted by Jason at 1:26 AM