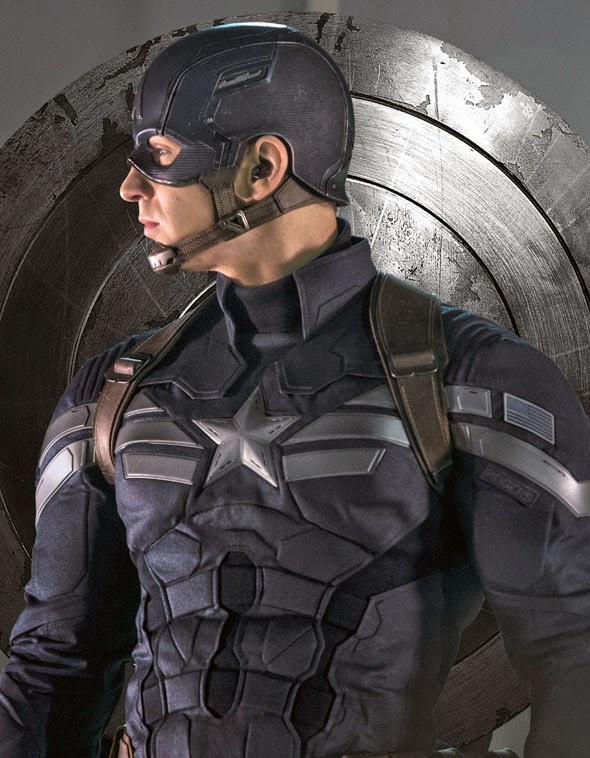 Dark Shadows
Tim, Tim, Tim... What happened to you, man? You had it all, man, and you threw it all away, maan. Why am I doing a bad Dennis Hopper impersonation all of a sudden? I don't know. Sorry. Anyway, this is not a good film. It's not funny, scary or weird, and it should be at least one of those things. Who is the audience for this film? It's hard to say. And it's not a film that should cost 150 millions. Take away 100 millions and it would probably be a better film. Where's the poetry of the cheap effects? Where are the imperfections? Where's that strange, haunting, little scene that you remember ten years later?

Captain America: The Winter Soldier
The first hour is pretty good, then it gets a bit boring, with dragged out shakycam action scenes and big CGI stuff blowing up. They could have taken out 20 minutes, maybe even lost The Falcon to narrow down the focus to Captain America and The Winter Soldier. The most memorable scenes in the film are the one with Peggy Carter and the electroshock one. The best action scene is actually given to Nick Fury - it has tension, that lacks in most of the other fight scenes. But (spoiler!) you can't complain about Robert Redford saying Hail Hydra.
Posted by Jason at 1:56 AM