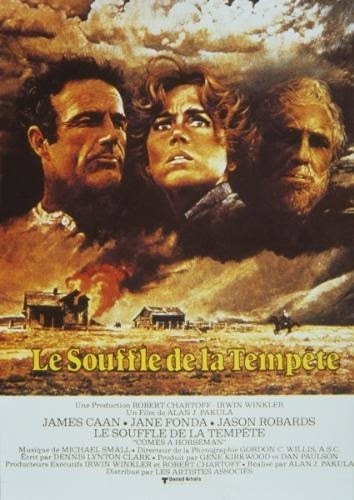 Ah, those Pakula films are seldom a barrel of laughs and this is no exception. It's a pretty good film, though, a slow 70s Western set in the 40s, so besides cowboys and horses you also see cars and even a plane. The cinematography is by Gordon Willis, so of course the film looks gorgeous. Fonda is almost unrecognizable with no make-up, as a laconic ranch owner, Caan is also convincing in a cowboy hat, and following the genre rules there's a shootout at the end, but cut to a minimum, as if Pakula was embarrassed to put it in there.
Posted by Jason at 7:51 AM