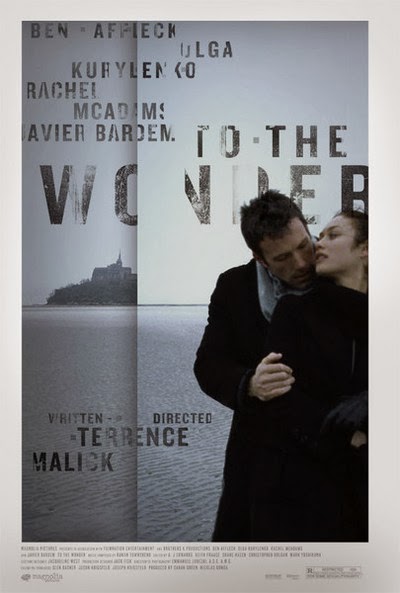 Okay, the film looks amazing. The images have the kind of clarity you get when you get a new pair of glasses. There are some lovely, hypnotic sequences, but at some point you wonder, shouldn't there be a story as well? I don't really see one. What do we learn in the film? Women dance and twirl a lot and men knit their brows and look off into the distance. They think in poems. They spend a lot of time in wheat fields at magic hour, looking at horses. They don't wash the dishes or worry about paying rent. It's just hard to relate to anything that happens. They don't feel like real people.

This is probably totally unfair, but I can't help but think that the multiple voiceovers that Malick has used in his recent films are a mistake. I imagine Days of Heaven in that style, how it would completely ruin the film. In his two first films, the voiceover was done by one person, and that voiceover said something about that character. I guess Malick is more into spiritual journeys these days. But sometimes it leaves the viewer on the outside, the key lost somewhere in the wheat field.
Posted by Jason at 2:17 AM