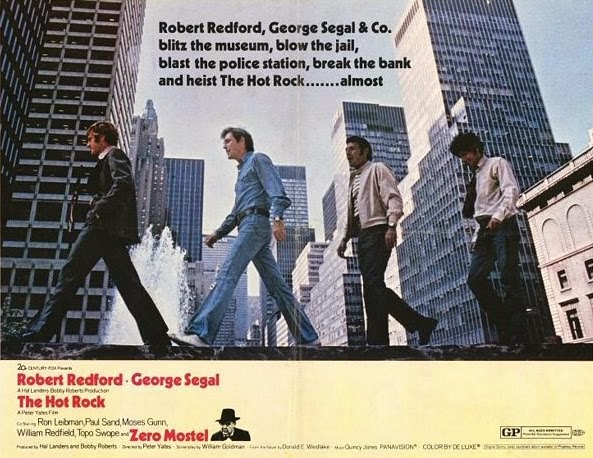 A great, little caper film, from 72, a couple of years after Butch Cassidy and the Sundance Kid. Redford is at the peak of his Robert Redfordness. The victory skip / walk he does at the end is a real movie moment. Period films set in the early seventies often exaggerate how ugly the fashions were, with wide lapels and garish suits, but it wasn't that bad, at least based on this film. If I have one complaint, it's maybe that they could have tried to find a part, somewhere, for Walter Matthau. Actually, the film would  make a nice double feature with The Taking of Pelham 123.
Posted by Jason at 3:35 PM