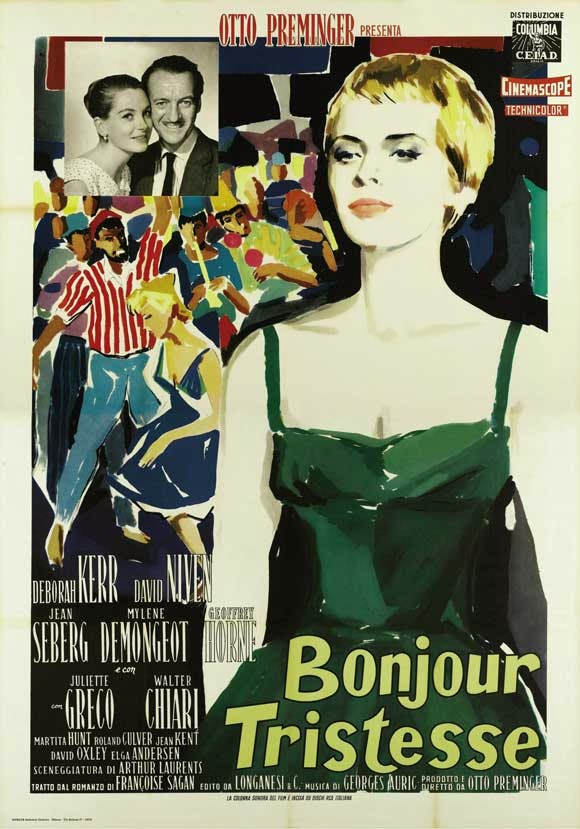 Jean Seberg and her dad David Niven are on vacation on the French Riviera. Enter Deborah Kerr. Directed by Otto Preminger.

Ah, rich people! One character is more annoying and spoiled than the other, calling each other "darling", their only problem being sunburned, and you just want to puke. I'm sorry, but it's very hard to care what happens to these assholes. Is there a more British actor than David Niven? Here we're supposed to believe that he's a Frenchman. I haven't read the book, but the film came out in 59, the same year as The 400 Blows, and should probably have been a Nouvelle Vague film rather than an oldfashioned Hollywood drama. Seberg is not bad, though, despite the stilted dialogue she is given, and sometimes looks a lot like Mia Farrow in Rosemary's Baby (or the other way, since that film came out ten years later).
Posted by Jason at 1:03 AM