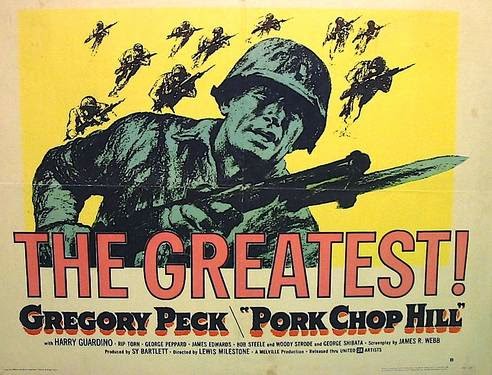 Pork Chop Hill by Lewis Milestone
The Korean War. Lieutenant Gregory Peck and his men must hold a hill that has no strategic importance. It's a great film, shot in gritty black and white. It has the chance of going in a really dark direction towards the end. It doesn't quite do that, but it's still a surprisingly realistic film about the price of war, and Peck is very good.

History of the World: Part 1 by Mel Brooks
Not one of Brooks' best ones - it has dated quite a bit, even having a referance to the old On the Road films. But Brooks tries so wholeheartedly to entertain you, that it's difficult to dislike, and he has some good gags in the French Revolution part. There are the usual suspects from his previous films, but I never really found Madeline Kahn and Dom DeLuise to be that funny. Where was Gene Wilder?
Posted by Jason at 1:06 AM