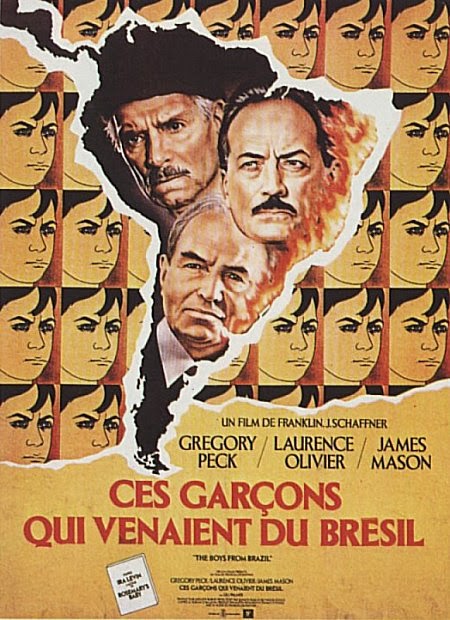 The Boys from Brazil by Franklin J. Schaffner
It's kind of slow, this film, with German accents galore, and Gregory Peck hamming it up as Mengele. The story is probably more believable in a book than in a movie. But there is some fun in spotting actors that will go on to more famous parts. There's Aunt Mary, Sibyl Fawlty, Alfred the butler, Adolf Hitler in Der Untergang and even a young Steve Guttenberg.

In the Heat of the Night by Norman Jewison
It's a pretty good film. Okay, it's about race, but you're not constantly hit over the head with it, like some films I could mention, cough crash cough. The dialogues ring true, the characters aren't there just to make a point and Rod Steiger and Sidney Poitier make a cute couple.
Posted by Jason at 1:42 AM