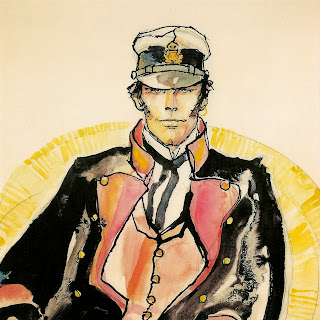 1. Ah, they should have made a film based on Ballad of the Salt Sea. About ten years ago. I think Daniel Day Lewis would have been a great Corto Maltese. Liv Tyler as Pandora. Not sure about who should have played Rasputin... Maybe Gary Oldman or Ralph Fiennes? And directed by Ang Lee or Peter Weir.

2. Watching JFK conspiracy videos on youtube is so yesterday. Now I've managed to get hooked on rewatching old episodes of L.A. Law. It was a pretty good show, yuppie or not. It's more than 25 years since I originally watched it, but there's lots of stuff I remember. Like the gorilla suit episode.

3. Damn, I was a bit disappointed by Inside Llewyn Davis. The film looks great, but the main character was so unlikable. Which is not necessarily a problem: Miller's Crossing being an example. I just never felt a connection to the story, and found the ending to be a bit weak. Too bad... The music was good, though.
Posted by Jason at 12:00 PM