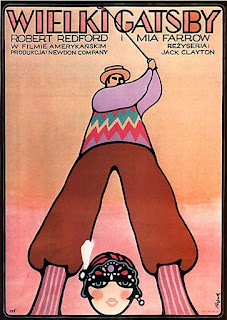 The rich are a rotten crowd. Starring Robert Redford and Mia Farrow, directed by Jack Clayton.

The film has one big problem. Mia Farrow, so good in Rosemary's Baby, is completely miscast in this film. It's just hard to imagine Redford longing for this woman, building a fortune just to win her back. He's Robert Redford, for one thing! And the rich people are all empty, superficial assholes, it turns out. The film was made in the 70s, but feels more like some oldfashioned Zanuck production from the 50s. A director like Nicolas Roeg or Robert Altman could maybe have done a more interesting job.