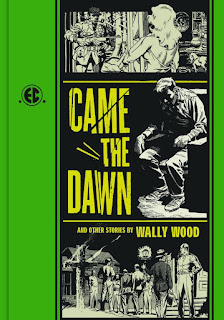 Raymond Chandler: A Life by Tom Williams
Well written, even though I'm not sure it brings that much new compared to the previous Chandler biographies. But it's always interesting to see how much a writer puts of himself into his literary character. Hergé said "Tintin, that's me." and Raymond Chandler is Philip Marlowe, or who he wanted to be.

That Summer in Paris by Morley Callaghan
An interesting book, and probably as close to the truth we're going to get about the famous boxing fight between him and Ernest Hemingway. At least truer than Hemingway's version, in a letter to Maxwell Perkins, claiming he was so drunk he could hardly see.

The Name of The World by Denis Johnson
Great novel, and very different from the Denis Johnson of  Jesus' Son and Angels.

Winter Journal by Paul Auster.
Good but uneven memoir. Not the masterpiece that The Invention of Solitude was - though I should reread that book. Auster making a list of all the apartments and houses he's lived in is fine, but did we need two pages of his wife's board meeting reports?

Rendezvous in Black by Cornell Woolrich
Pretty good noir novel. Some of his books can be a bit hard to get through - they're more about the plot than about the characters, but this is a well written book, full of plotholes though it may be.

I'm Your Man: The Life of Leonard Cohen by Sylvie Simmons
I already got two biographies of Leonard Cohen, but I think this is the best one. Lots of stuff I didn't know, like him doing concerts at mental hospitals - a bit like Johnny Cash did in prisons. And the crazy story about his manager stealing all his money, that also includes a parrot saying " I see dead people." Yes. And it made me want to listen to the cds he did after I'm Your Man, that so far I've just skipped.

Came The Dawn by Wallace Wood
I planned to start buying the EC books from Fantagraphics, but based on this book I might... not. All the stories are seven pages, so okay, some narration is necessary, but they're just totally overwritten, stating things already shown in the drawings. The plots and twist endings are mostly pretty silly or dated. I can enjoy Wood's art as illustrations - they're gorgeous - but for me personally it works less as comics. And Wood was one of those cartoonists that had to fill every inch of every panel. Let the page breathe a bit! What's wrong with some open space?
Posted by Jason at 12:29 AM