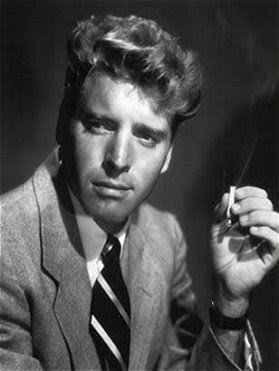 Watching the remake of The Killers made me want to rewatch the original. Charles McGraw and William Conrad are the two killers, Burt Lancaster is the victim, Ava Gardner the femme fatale. Also starring Edmond O'Brien, directed by Robert Siodmak.

Now this is how you light a film noir! - it's a lot darker and moodier than The Big Heat. The first 12 minutes is a pretty faithful retelling of Ernest Hemingway's short story. Then we follow the insurance investigator trying to find out what happened, and the reason Lancaster didn't try to run is told in flashbacks. It was because of a girl, of course. In this film it's Ava Gardner, and it's totally understandable that she made a sucker out of Lancaster. Ah, those doublecrossing dames, I tell ya, what would film noir be without them. The film is still great, not as dated as the remake. There is particularly one remarkable shot of the heist and the getaway, all done in one take, in one sweeping camera move, that wouldn't look out of place in any film made today.
Posted by Jason at 12:00 AM