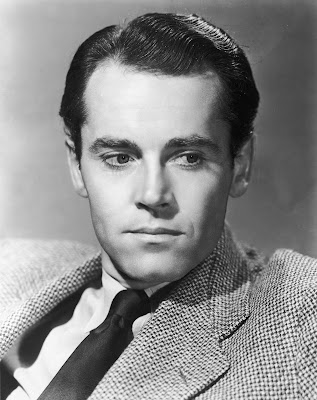 Moving along - got some Henry Fonda films, mostly westerns, but will also rewatch 12 Angry Men and The Lady Eve, but first: Jesse James. This is a technicolour film from 1939, starring Tyrone Power as Jesse, Henry Fonda as his brother Frank and also Randolph Scott as a sheriff. It's directed by Henry King but has several John Ford actors.

The James brothers are seen as the heros in this film, the railroad agents are the bad guys. It's a bit too simplified and black and white, the filmmakers skipping on some of the facts. The Youngers, part of the James band, are completely ignored, and we don't learn much about Robert Ford either.

It's a famous story and like the shoot-out at OK Corral retold several times. I liked the recent Brad Pitt version even though it was ssllloooowww and almost more artfilm than western. My favourite is still The Long Riders, though, by Walter Hill, from 1980. The trouble when you've seen a couple of these films is that you know what is coming. The failed bank robbery in Northfield, Minnesota - the sequence where the horses crash through the windows is always impressive, and at some point Robert Ford will be twitching and sweating and Jesse James will step up on a chair and grab the picture on the wall. The good thing about the Pitt version was that the story didn't end there. We found out what happened to Ford later. This version of the story however, doesn't really tell anything new.
Posted by Jason at 12:46 AM