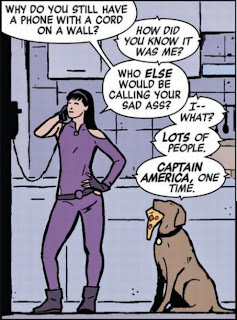 Going Clear: Scientology, Hollywood and The Prison of Belief by Lawrence Wright
It's a good book. I think I prefer the Janet Reitman one, maybe because I read that one first. Some information here you get for the second time. The crazy stuff goes up to 11, it's hard to believe some of it. The footnotes, with Tom Cruise's response to some of  the accusations, show that he actually lies on behalf of the cult. But, lying is pretty much all they do.

Not in Your Lifetime: The Assassination of JFK by Anthony Summers
A pretty good, objective ABC about the whole conspiracy thing. The writer didn't have a theory first and then went looking for proof, ignoring everything that didn't fit. And he's not totally up his own ass, saying it was Jackie or the driver or Elvis.

Plays vol. 1, 2, 3 and 4 by David Mamet
So yeah. I got a bit hooked on Mamet. There's Glengarry Glen Ross, of course. The fuckin' leads... What can you do? And American Buffalo. (pause) I really liked Squirrels. I liked that play. That's a good play. Not everything's gold, but... (shrugs) You can always enjoy Mamet's use of language.

Book of Longing by Leonard Cohen
A collection of poems and writings, some older stuff, some from his Mt Baldy retreat period, about sex, growing old, spirituality, the usual Cohen suspects, sometimes it rhymes, sometimes it doesn't, and also including drawings that seem to be drawn on a computer. Frankly, a lot of it goes over my head, but it's still nice to read.

Hawkeye hardcover collection by Matt Fraction, David Aja and some other people
If the artist draws in the same style as David Mazzucchelli it creates big expectations. Is it as good as Batman Year 1? No, it's not. There's a cleverness in the book, but I'm not really sure if that's a good thing. Eleven chapters, and we still don't know the characters any better. Why include the last chapter, drawn in a Neal Adamsy style and with graded colours, completely clashing with the rest of the book? And I don't like the computer font.

Captain Easy vol. 4 1940-1943 by Roy Crane
I can still enjoy the cartoony drawing, but it's become less of an adventure strip, and at the end Easy even disappears as a character. And it's pretty much four daily strips on top of each other,  not the visually exciting Sunday page it was in the first volume.
Posted by Jason at 1:38 AM