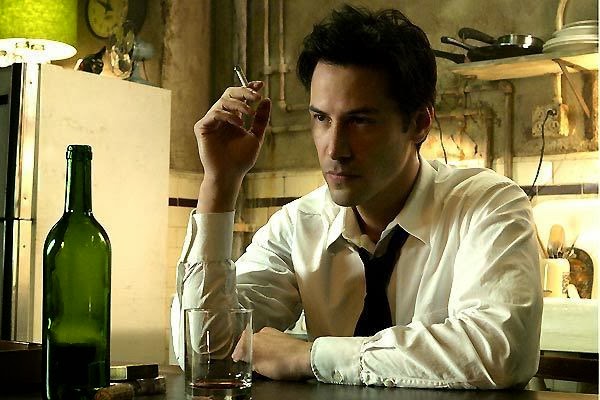 I kind of like this film. It's not perfect. Okay, Reeves is neither blond nor British, but that's not the problem - good old Keanu does an okay job. It's rather the weak script, the annoying sidekick character and relying too much on CGI. I wish they had gone for more practical effects. Visually, the film looks pretty good. The director comes from music videos, but the film doesn't have that fast editing MTV feel. You can see some Fincher and Wachowski influence, but that's okay, it's the guy's first film, after all. The scene with the cat is great, and Peter Stormare is a lot of fun as Lucifer.
Posted by Jason at 1:48 AM