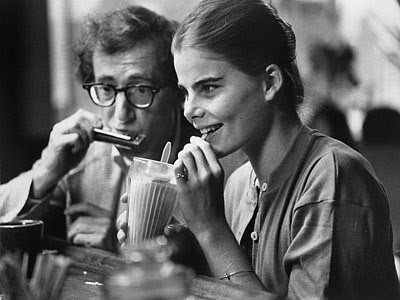 The film looks great. There's the black and white cinematography by Gordon Willis, and Allen has found his directorial style here - the long takes and people walking in and out of the picture. But the characters are a bunch of whiny, rich people. It's just hard to care about any of them. If the film is supposed to be a satire of the Me Generation from the 70s, I guess it works a bit better. And it's a bit funny that the film ends with what is now the ultimate romantic comedy cliché: the rush to the airport or whatever for the declaration of love scene. So, in the end I find the more uneven early films more appealing. The fact that they were not perfect is part of what I like about them.
Posted by Jason at 2:09 AM