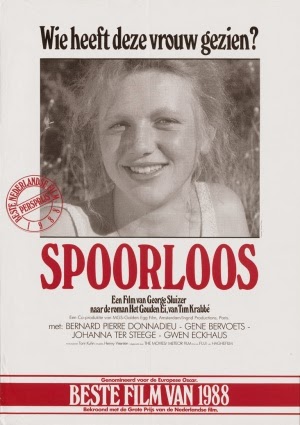 Woman disappears. Man looks for her. Directed by George Sluizer.

Finally saw it! Yes, it's pretty good, but still maybe a slight disappointment. That doesn't really have anything to do with the film itself. I wish I had seen it when it came out. It's just that I've read about the film and the remake and the different endings, so I knew how it would turn out. And, not to give too much away, the ending has a Tarantino connection. This might even be the film that gave Tarantino the idea to put a similar sequence in one of his films. It's a bit like the shower sequence in Psycho. I had seen parodies and homages of the scene before I saw the scene itself. An image, when re-used, can lose power.
Posted by Jason at 11:56 PM