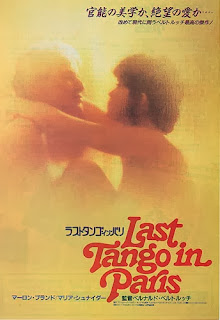 Last Tango in Paris:
The film looks great, with cinematography by Vittorio Storaro, but has dated badly and frankly it's a lot of arty drivel. Brando is at his most charismatic - just him looking at a wall is somehow fascinating - and of course, some of his dialogues are really about himself. Maria Schneider's character on the other hand is pretty annoying. Brando doesn't take her seriously, so why should the viewers? The parts without Brando, just about her and Jean-Pierre Léaud as a film director are less interesting. It's a weakness of the film that Bertolucci couldn't, or didn't want to, create a female character that was Brando's equal. But by all means, go get the butter.

War and Peace:
The film feels pretty stiff and dated. There are actors saying lines, not real characters. The second half gets a bit better. The big scenes, like the retreat from Moscow and the fight scenes are impressive, the smaller scenes mostly lack intimacy. Henry Fonda is probably miscast, his character never seems convincing. Audrey Hepburn brings some real charm and life to her part.
Posted by Jason at 3:45 AM