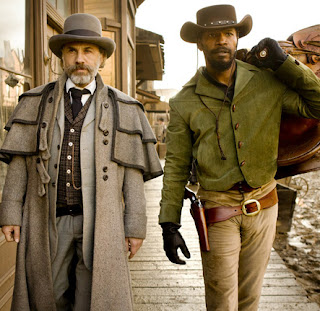 So... am I the only one who was disappointed by this film? I enjoyed Inglourious Basterds. That first part, on the French farm, is some of Tarantino's strongest writing, and the last half hour was completely insane and unpredictable. Django Unchained on the other hand has Tarantino's maybe weakest script (next to Death Proof). In a revenge drama the story is already given. It needs some surprises. Here there are none, really. Even visually the film seems less assured than his previous films. The Candyland / Mandingo part feels pretty forced, with plenty of scenes or dialogue that could have been cut without much of a loss. I wanted to like this film, but... I didn't.