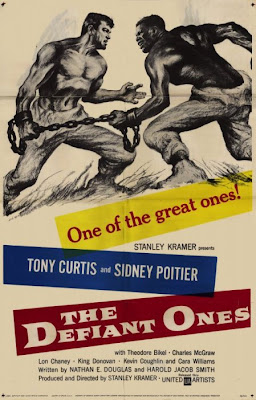 It's a good film. It's a message film, though, so there's not really any big surprise how it turns out. The characters are not completely credible - you can sort of feel them being moved around to make a point. Still, it's more eloquently done than Racism is bad!-film Crash made 50 years later. Curtis is quite good, almost unrecognizable from his usual prettyboy roles, but it's hard not to imagine what the film would have been like with the first choice for the part, Marlon Brando.
Posted by Jason at 1:49 PM