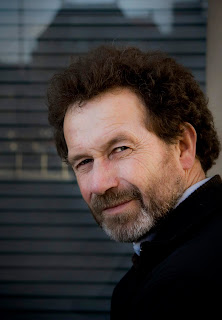 The Paris Husband by Scott Donaldson
Not sure if it brings anything totally new, but Donaldson is usually good on Hemingway. A different perspective on The Paris Wife novel, about Hadley and their years in Paris in the 20's, by Paula McLain. And it's a pretty thin book.

Hemingway in Italy by Richard Owen
About Hem's relationship to Italy, from his War experience there to him falling for Adriana Ivancich in his middle age.

The Letters of Ernest Hemingway vol. 4: 1929 - 1931
There's supposed to be 17 volumes of this, I think. The guy sure wrote a lot of letters. But I found this volume to be less interesting than the previous ones. He's in Key West by this point and there's a lot of writing about fishing . Also, not that he knows it, but his best work is behind him, in my opinion.

To Siberia by Per Petterson
Written in a female voice, we follow a brother and sister before WW2 until the 50's.  One of his best novels, and beautifully written, of course.

Echoland by Per Petterson
His first novel and the first Arvid book. Some people and things happening  were later reworked in To Siberia, making it clear that the main female character in that novel was based on the writer's mother.

John Landis by Giulia D'Agnolo Vallan
A long interview with Landis and also people he worked with, like Joe Dante and George Folsey Jr.

Naïf. Super by Erlend Loe
Re-read it in French. I read it in Norwegian when it was published in the 90's and Loe became sort of a spokesman for Generation X. With mixed feelings, I'm guessing. Holds up quite well. It's still funny.
Posted by Jason at 2:15 AM