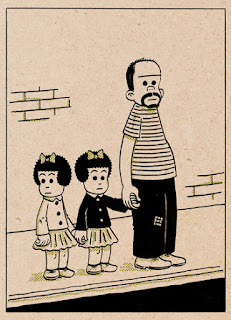 I've listened to the leaked tape of Louis CK's new stand up, and it's... disapponting. Some funny bits, but most of it is not. And next to Bill Burr he's my favourite comedian. Some commenters say "He's not PC!" Well, he never was. But usually he had a point. "He didn't apologize!" Apologies are not funny. He's there to tell jokes. And he's supposed to apologize at the beginning of each show? Hopefully he's just trying out stuff, and he'll lose most of these jokes for the real tour. But there's a bitterness in this material that was not there before. And as Marc Maron discovered during his divorce and career going nowhere period, bitterness is not that funny.

I still hope Louis CK can make a come back. At his best there is no one better. And the claim that he has turned into an alt right comedian is just silly.  But he peaked at his special called Hilarious, in my mind, and the later ones have been uneven. Frankly, I thought Horace and Pete was a lot more interesting, and it's a shame if he won't be able to do more work in that direction. Anyway... You're sitting in a chair in the sky.
Posted by Jason at 12:05 AM