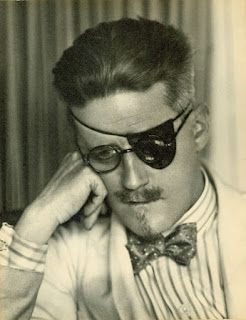 Counter-clock World by Philip K. Dick
Interesting book despite of or maybe because of its main concept: People aging backwards.

Brebis galeuses by Gunnar Staalesen
One of his early books, not bad, where we meet again Karin, who turns up later as a romantic interest for Varg Veum, culminating in...

Le vent l'emportera by Gunnar Staalesen
One of his strongest books. Possibly the solving of the mystery lacks some credibility, but at the same time it has a real emotional punch.

Japan: A Foreign Place by Anthony Reynolds
Pretty good book if you're interested in the band Japan, their creation and break-up, but loses some by David Sylvian's refusal to be interviewed. Made me listen to some of their early stuff, before their masterpiece Tin Drum.

Adventures of a Waterboy by Mike Scott
Great autobiography of the Waterboys singer, about how he created his "big music" sound and then moved to Ireland and got into folk music. Those five first albums are all classics, and his first solo record is also very good. His musical output has been more uneven after that, unfortunately, but that happens with most artists, whaddayagonnado.

The Most Dangerous Book: The Battle for James Joyce's Ulysses by Kevin Birmingham
Very interesting book about the writing of this classic, and then the suppression of the book. You could actually end up in jail if you tried to smuggle or sell it. I should give Ulysses another try. The details about his many eye surgeries is nightmare inducing, by the way, it's a miracle he was able to write anything at all.

Blotch by Blutch
The guy knows how to use a brush. It's a funny book, but not being French I probably miss some of the references.

Dry County by Rich Tommaso
Love his drawings, pure cartooning, the story maybe doesn't quite come together. Possibly Tommaso is too ambitious and wants to cram too many things into the story.

Clans of the Alphane Moon by Philip K. Dick on page 100
Okay, Dick hates his ex-wives and gets rid of some of his anger through his typewriter, but that doesn't necessarily make it an interesting book

Breakfast of Champions by Kurt Vonnegut on page 140
Has some of the same tone as Slaughterhouse Five but for me the story never really took off, and the book even seems slightly dated, but I'm possibly wrong.
Posted by Jason at 3:11 AM