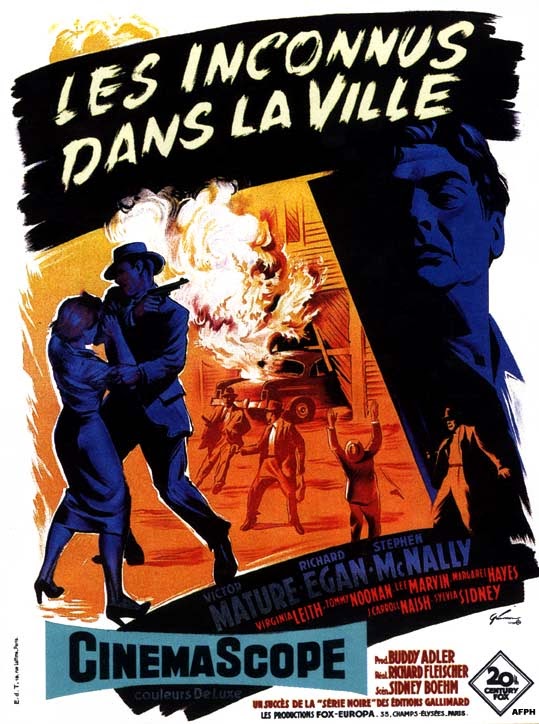 A great, little film - kind of noir, but in colour and cinemascope. The story is told with carefully composed images, building tension from the opening shot until the moment of the bank robbery. It's somewhere between Suddenly and Witness in the small city setting and the final shootout at the farm. That Mature turns out to be a hero is maybe not a big surprise, since it's built up to that from the earlier scene with his son. It makes me want to find more films by Richard Fleischer, who had a pretty long career. Checking imdb, I see I've only seen a few, like Narrow Margin and Armed Car Robbery, both very good as far as I can remember.
Posted by Jason at 1:59 PM